Your Personality Style and the Art of Saying No 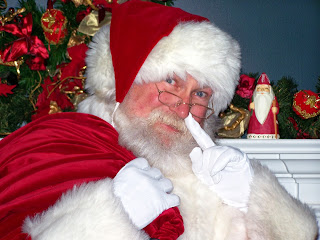 As we hit the home run stretch of the holiday season, one of the most important words, we as parents can learn to say is "no".  It's a hard lesson but an important one to learn. All you have to do is spend a little time out in the malls shopping with a child or observing others shopping with their children to see what I'm talking about.

Your Personality Style and Saying No


As you may know I'm a big fan of the DISC personality profile and understanding our personality is  helpful as we think about why it is difficult for many of us to say 'no'.  Some personality styles have more trouble saying no than others.

As a quick refresher, there are four basic personality styles.  Here is a short description of each so you can determine where you fit in best:
Keeping in mind that we are all blends of these four, which one or two describes you? Now, let's think about how your personality influences saying 'no' and setting limits with children.

For instance, if you are 'D' personality, you probably wonder why anyone would write a post about saying no, never mind have trouble saying the words. Your communication is direct and decisive and saying 'no' for you is not difficult.  However, if you are any of the 3 remaining personality styles you understand the problem from a different perspective. 'I' personalities don't say no because they love to say yes to everything fun, exciting and festive about the holiday season. 'S' personalities probably have the most trouble saying no because they want to please everyone and don't want to disappoint. Finally, 'C' personalities have trouble saying no because they want to make absolutely sure they have gotten all the facts before they make a decision and say no to anything. Sometimes it's hard isn't it?

What Role Model Will Be Your Child's Legacy?


Of course during this time of year it's not just about saying no to children and all their requests for gifts, there are many areas in our lives where saying no is healthy and a good idea. Do you limit yourself and say no to material things that you can't afford? Do you make careful choices about where you spend your time or do you say yes to everything that comes down the pike because you don't want to miss out on any experience? Do you say yes to things because you'd feel guilty if you said no, even though you really don't want to spend your time doing what you just agreed to do? Finally, do you say yes to things because you don't want your child to be unhappy even though you can't afford monetarily or time-wise to honor their request?

As parents, I'm not sure we realize what a disservice we do to our children when we always say yes and don't teach them the value of saying no. Of course we can spoil them with too many material things but the real danger is that by never modeling how to say no, we never teach them to say no to themselves as adults. I was reminded of this lesson myself when teaching a Dave Ramsey Financial Peace group. One of the young adults in the group explained that budgeting was extremely hard for her because as a child growing up, her parents managed to somehow buy everything she wanted, even if it meant sacrificing themselves. Consequently now as an adult, she has a very hard time saying no to herself whenever she wants something even when it wrecks havoc with her finances.   When we fail to say no to our children, we don't just spoil them for the moment. We also model for them how to handle their future decisions.

How do you as a parent balance saying no with saying yes to your children? How successful are you at saying no to yourself? Where do you think you learned that?

Here are a couple of great books to help children learn to accept no for an answer:


and to learn that Christmas is not just about getting something but giving as well: